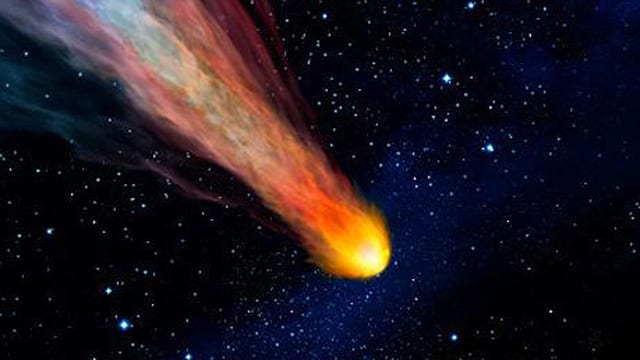 a meteor en route to becoming a meteorite

Now this is a seriously bizarre story, and potentially questionable. We came across an article in The Washington Post from August 17th, 1919, detailing an explosion in Foggy Bottom. Local officials were unable to identify the source of the explosion and an interesting theory was presented by others interviewed in the article.

As far as the police and fire department are concerned, the explosion at 2324 I street early yesterday has been placed in the category of mysteries.

Thorough investigation yesterday by men from the Third precinct and by Fire Marshal George Watson failed to discover any specific cause for the blast, and theories of explosives and a sewer gas pocket alike were discarded.

That the explosion was the detonation of a meteor is the belief of capital astronomers. Fairfax Nautly, of New York, a student of astronomy who is in Washington attending to reconstruction work for the government, also holds to the meteor theory.

Mr. Naulty was in his room at the Powhatan Hotel when the detonation startled the city. His chief reason for the opinion that it was a nebular disturbance is that there was no echo to the explosion. It is a rule of science, he said, that echo always accompanies a ground explosion.

“We are now passing through a period of Perseids,” he added, “or shooting stars which flash in the sky at intermittent hours. It is unusual for an explosion to accompany a meteor, but this sometimes happens. It is a peculiar auroral, magnetic condition. The disturbance certainly did not come from either illuminating or sewer gas. It was too heavy and the fact that it was accompanied by an illumination is proof positive that it was an exploding meteor.”

Another observer reported last night that a brilliant meteor was seen from the Capitol grounds at 11:15 o’clock.

The meteor traveled at a slow pace in a southwesterly direction. Its course was lighted by fragments of the illuminated body which cast a red glow through the sky.

It burst like a sky rocket, the colored fragments then disappearing. This was about three-quarters of an hour before the detonation that caused people to suspect another bomb outrage.

The bomb outrage that they’re talking about is the anarchist bombing that occurred in June of that year.