If you’ve spent any time in Rock Creek Park, you have seen or crossed over this bridge. Below is a little history on it from a plan documenting the structure in 1995. And to the right is a photo I found of Lansing H. Beach, the man that was in charge of the design and construction of the bridge … a prominent member of D.C. society, as he and his wife make many appearances in the Washington Post society pages of the time. He hobnobbed with an elite circle of senators, congressman and ambassadors.

In 1902 this concrete-steel arch bridge was constructed across Rock Creek on the line of Rock Creek Drive, now known as Beach Drive. The span utilized the patented Melan method of construction and was designed under the general direction of Captain Lansing H. Beach, Engineer Commissioner of the District of Columbia and member of the Board of Control in charge of Rock Creek National Park. A royalty was paid for the use of this patented technique and contractors Talty and Allen of Washington, D.C. were awarded the job.

So, it seems that the road previously known as Rock Creek Drive was named for Lansing H. Beach (I never knew that). Captain Beach lived in a pretty nice Dupont Circle home at 1327 21st St. NW (according to the 1900 U.S. Census). Also, he retired in 1924 with the rank of Major General (i.e., a two-star general — pretty big deal). Here’s a really great shot I found on Flickr, courtesy of dionhinchcliffe. 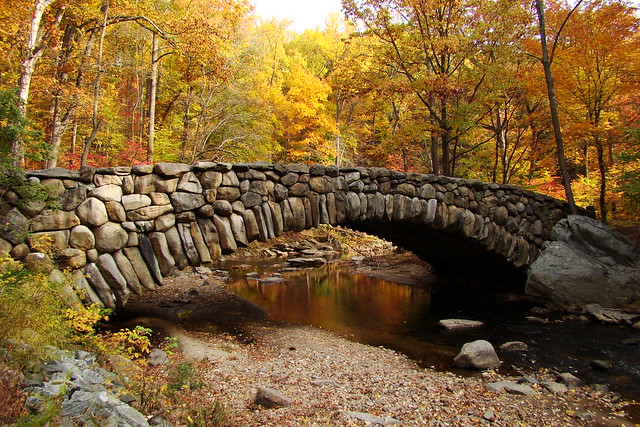 Also, I found a detailed plan of the bridge prepared in 1995. It has some great details on it, so click the photo for a higher resolution image.