Like most of D.C., probably the country, we’re obsessed with House of Cards. It’s a little over the top, but sometimes that’s the beauty of it. Unfortunately, we don’t often expect movies about Washington to be largely filmed in the District or even have accurate portrayals of our fair city. But, House of Cards is one of the better shows when it comes to this.

The Metro scenes are pretty realistic, even though there is no Cathedral Heights station. I’m curious why the station names were made up.

Anyway, we thought it would be very timely to do an “If Walls Could Talk” post centered on some of the scenes from the opening credits. The fifth shot in the opening sequence shows Super Liquor, just south of R St. on North Capitol St. So, for our next IWCT, we’re going to tell you all about 1633 North Capitol St. NE. And, in doing so, we hope to score a small cameo in the next season of House of Cards, or at least a brief mention by Frank Underwood.

Also, the first cast member or writer to tweet this will get a free Ghosts of DC coffee mug!

The building currently houses Super Liquors, and much to our surprise, it has for nearly 70 years! No joke. It’s had a few different owners, but for a really long time, dating back to World War II, 1633 North Capitol St. NE housed Super Liquors. Generations of Eckington residents have procured their adult beverages from that corner store.

We did some digging into the history of the building, and sadly, there was very little documented past for it, so we’re going to expand our search a little more to the surrounding neighborhood, which I’m sure some GoDCers live in.

There was a brief mention of the building in the July 30th, 1909 edition of The Washington Post. The District Commissioners were doing improvements to the area and assessed $540 on the whole of square 3514 to set the curb and lay a cement sidewalk.

We dug up some of the old Baist maps for the area, dating back to the early 20th century. It looks like that area of Eckington, east of North Capitol, was part of Youngs Borough. The building we are interested in is located in city square 3514, lot 2.

And here’s a close look at the block around the building, and you can see lot number 2 just in the middle of the map.

And, here’s the close-up of the building and block.

And the close-up below.

And, last, here is the Baist map from 1921 showing the same area in Eckington, and the map of the block.

How about the 19th century?

This is the really cool map. It’s difficult to even picture where everything is because it’s so rural. The map below is from 1892 and shows the topography in the area that would become Eckington.

Click on the above map for a larger version or check out the close-up below. You can barely recognize the area. This map is focused on the intersection of Lincoln Rd. (then Lincoln Ave.) and Florida Ave.

We were curious to know who the young family was, so after a little digging and came up with a Johanna Young. Below is the article in The Washington Post which detailed some real estate development in the area from December 11th, 1894, two years after the above maps were made.

Cardinal Gibbons was awarded $3,500 yesterday by Justice Cox in Equity Court No. 1. This is the outcome of the suit filed November 20, 1889, by the District against the cardinal, Johanna Young, Julia M. Williams, and others for condemnation proceedings against that portion of the cemetery of St. Patrick’s Church which was required for the extension of R street. A jury was selected to determine the amount of damage, which was fixed at the sum mentioned.,

A suit was filed alter by the cardinal against Johanna Young and the other heirs to determine the title to the property. The award was made to the cardinal by the consent of the parties in this second suit and an order was passed in the court for the public or private sale of the tract called Young’s Borough, except that portion which was taken for the extension of R street. George E. Hamilton and H. B. Denman are named as the trustees to effect this transaction.

According the the late 19th century newspapers, when lots were sold in Young’s Borough (or Youngsborough), they would fetch about $10. Seriously … ten bucks!

Technically, the building sits right on the edge, inside Eckington’s boundaries, but is very near Truxton Circle. The circle no longer exists (you can read about that here), but the surrounding area still holds the name. What’s really cool is the photo below, because just in the distance, you can barely make out the store as it looked in the early 1900s. If you look on the road that heads towards the upper left, that’s North Capitol St. The building with the round turret is the one across R St. from Super Liquor.

Sadly, the circle was removed in 1940 to ease traffic flow.

This wouldn’t be a proper post about a liquor store without any mention of a robbery. Below is what we found from January 23rd, 1970 in The Washington Post.

Three men held up the Super Liquor Store, 1633 North Capitol St., about 4:40 p.m. yesterday and fled with about $100 in store receipts and wristwatches and cash from four occupants.

Owner Ray Aronstein, 56, told police one of the men first asked for a candy bar, and then two of the men drew automatic pistols. Aronstein was forced to turn over the contents of the cash drawer, and a clerk, Jack Miller, was ordered to open a safe.

The thieves also took wristwatches from the two men, one from Mrs. Aronstein, along with $1 and credit cards and a wristwatch and $112 in cash from a customer.

Back on June 12th, 1962, the newspaper reported that Vernon Cooper of 1029 Lamont St. NW, was charged with sticking up the liquor store on April 16th, and coming away with $4,795. In The Washington Post from June 30th, 1965, the store was mentioned as a target for a 22-year-old man being held on charges of five armed holdups in February and March of that year. Henry B. Madden, Jr. of 2016 1st St. NW was accused of holding up the store on March 18th for $3,966. The store was also mentioned in the crime blotter on November 13th, 1947 when $139.67 worth of liquor was stolen through a smashed store window.

Check out the liquor store on Google Street View below.

One of our favorite intros. 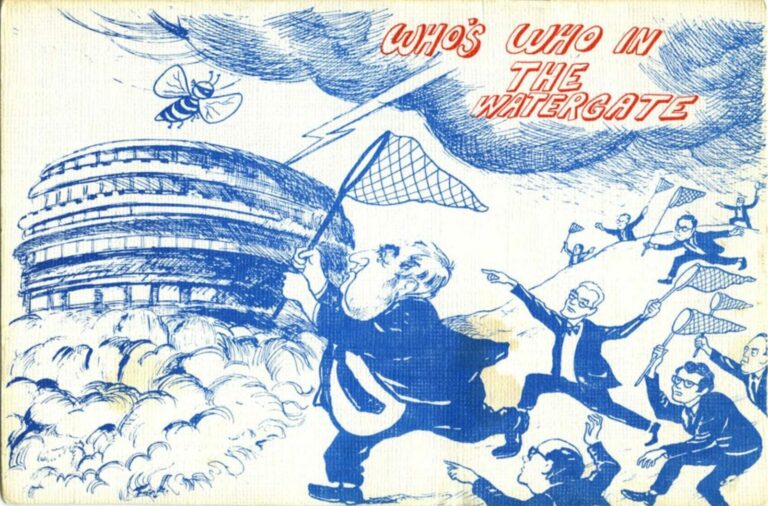 Who's Who in the Watergate Scandal 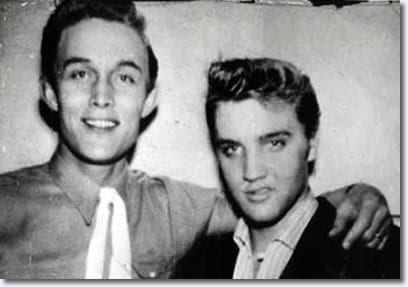