This is a gem that I found in the January 5th, 1952 Washington Post. Esther Williams was a big deal in the 1950s as kind of  a Jennifer Aniston. She was a former synchronized swimmer and star of the silver screen, working with contemporaries like Frank Sinatra, Gene Kelly, Peter Lawford and Lucille Ball. Esther was an A-list celebrity, so having her on our local radio station, WTOP, was big.

With Van Johnson, they recreated — in audio — their musical romantic comedy, Duchess of Idaho. The movie trailer is amusing. It’s so different than the ones we see today.

Here’s a another photo of this 50s pin-up girl. 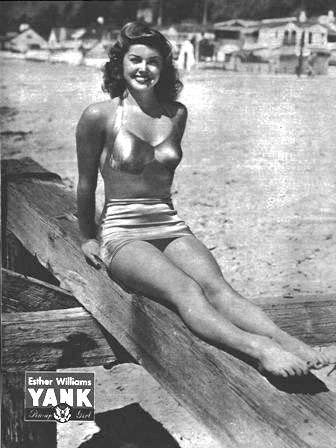