The sub headline for this article was “Walter Bryant Hurls Beer Bottle and Edward Bryant Uses Pistol.” Who do you think won that fight?

We dug up this wild article in The Washington Post, printed on April 24th, 1908. Three days later, the 1908 Summer Olympics were held in London. Yes, the games took much longer back then.

Through the inefficient marksmanship of Edward Bryant, colored, Walter Bryant, on Wednesday night escaped either the hospital or the morgue.

Edward and Walter Bryant quarreled in front of a saloon on North Fairfax street. Walter Bryant, it is said, hurled a beer bottle at Edward Bryant’s head, but missed the mark.  According to testimony in the Police Court yesterday morning, Edward Bryant rushed into the saloon, procured the proprietor’s revolver from behind the bar and woke up the town with a succession of shots. As Edward Bryant opened fire, there was a scramble for places of safety on the part of those in the neighborhood.

Edward Bryant will spend six months away from saloons and revolvers, except those carried by the guards at the jail, and Walter had to give up $10 for wasting a beer bottle.

Only six months in jail for this ridiculous barrage of bullets? And $10 for the beer bottle?

I’m assuming the two were brothers, but I couldn’t find anything that backed that up. What do you think … a drunken brawl between brothers? Incredible 1904 Photo of the Willard Hotel 1907 Map of Washington Heights (Adams Morgan) and the National Zoo 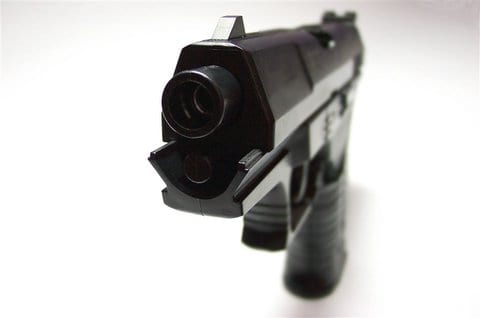