This is one of those “did you know” posts, sharing some great trivia to share with your friends. It’s the kind you’re more likely to dig up on one of our favorite blogs, Greater Greater Washington.

Traffic lights are a pain in the ass. The light turns yellow, what do you typically do? You’re supposed to slow down, but you probably speed up. And, if traffic is just creeping along, do you sneak across the line and hope that it clears up enough for you to get across the intersection? Inevitably, you become the asshole blocking the box.

I was sitting behind an a-hole block boxer the other day, hopelessly watching the light cycle again, and of course I wondered what the history of the traffic light was in Washington (I also cursed a little and may have honked my horn). 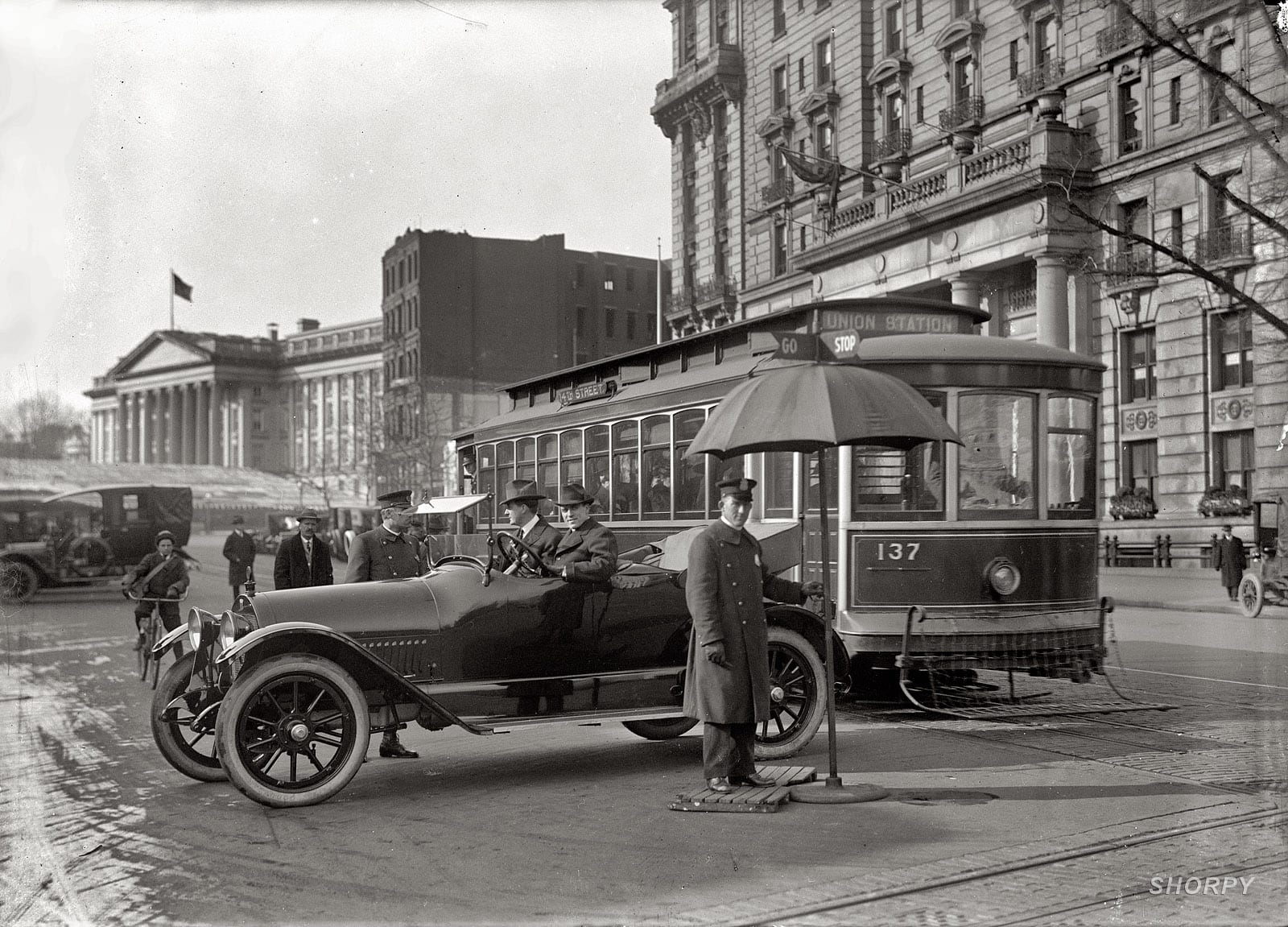 chaos of traffic before street signals (1913)

A little research uncovered a proposed change in the D.C. traffic light system back in the 1920s. Below is the article, published on July 31st, 1927 in the Washington Post, where we uncovered this.

A new system of traffic signal lights, eliminating the amber light before the green will be placed in operation on local streets it is indicated.

The new plan will not confuse those who have their habits adjusted to the present system. It simply will abolish automatically the worst violation of the present arrangement that police have to contend with–starting on the amber light before the green appears.

William H. Harland, director of traffic, said yesterday that he probably would recommend this system to the Commissioners for all future traffic lights to be installed in the city.

In fact, it is now in operation at what is probably the worst intersection in the city, Fifteenth street and New York avenue. There street cars make right and left hand turns on the red light. The result is that motor vehicle and street car traffic do not interfere with each other, and are able to use the intersection equally. It is interesting to stand at the intersection and observe how well the new system handles so bad a traffic situation.

From what I’m reading in this article, it seems like the streets of Washington in the 1920s were exceedingly dangerous, full of reckless drivers. But, is that so different from today? 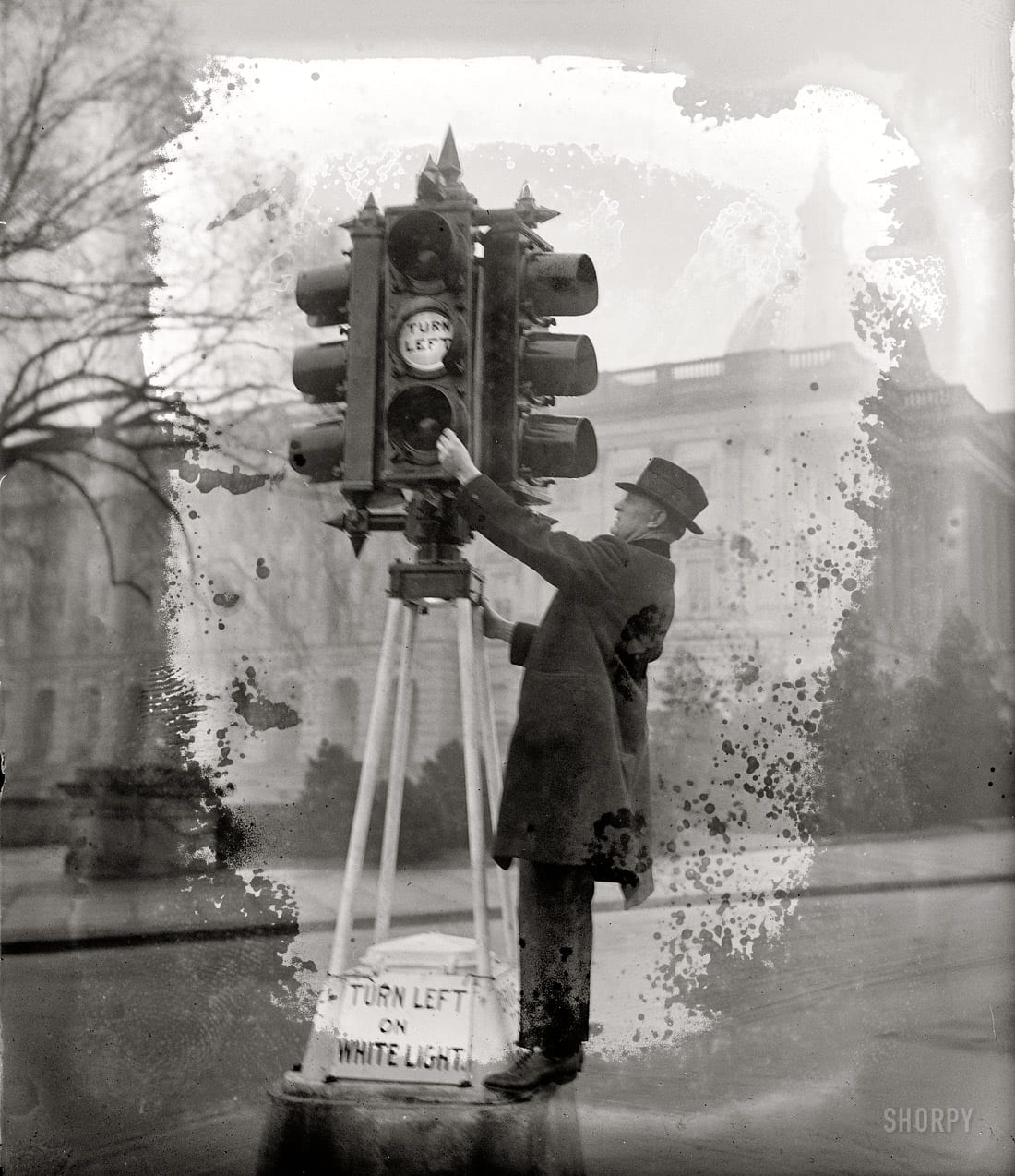 The next part of the article gets a little confusing and hard to follow.

Other violations in connection with the traffic lights are going through a red light, for which the motorist may be arrested for reckless driving, and making a left-hand turn in the line of traffic, which also may be classed as reckless driving.

Cars, streetcars, pedestrians, bicycles, horses, buggies, the streets were absolutely chaotic. Can you imagine the days before traffic lights? Even more of a disaster.